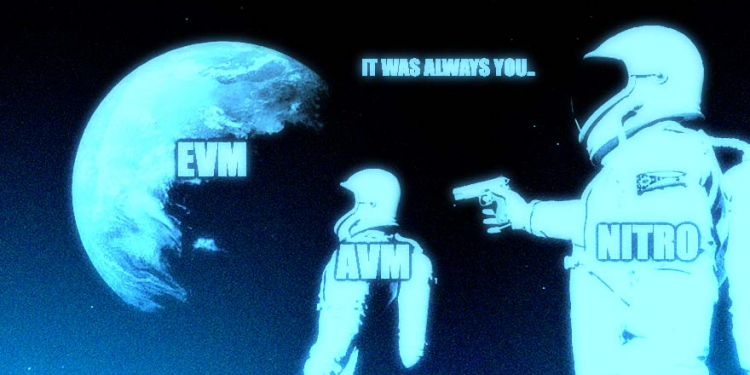 Arbitrum paused their Odyssey campaign a while back due to rising gas fees and promised to return once they launched the Nitro upgrade. The EVM-compatible blockchain reduces transaction fees and congestion by moving computation and data storage off Ethereum’s main blockchain (layer 1).

Here is what you need to know about the Arbitrum Nitro upgrade.

Ethereum, as an ecosystem, is set to undergo one of its most significant upgrades today, and this will improve its transaction speed, slash gas fees and simplify cross-chain communication. Arbitrum confirmed the date of the upgrade in a Twitter post yesterday.  The upgrade will take effect today at 10:30 AM Eastern Time. They released another update at 1 hour ETA.

There will be two to four hours of network downtime.

Nitro Under the Hood

Arbitrum utilizes Optimistic Rollup technology, which aids in bundling large batches of transactions off-chain from smart contracts and decentralized applications (dApps) before submitting them to Ethereum.

Nitro will be an “integrated, complete layer 2 optimistic roll-up system” on Arbitrum One with improved fraud proofs. Also, it will have updated sequencers, token bridges, and data compression mechanisms.

Off-chain Labs also updated their ArbOS (Arbitrum Operating System) component, which has been rewritten in the Go programming language. The new version will improve cross-chain communication between Arbitrum and Ethereum. In turn, transaction batching and data compression will cut costs.

Nitro upgrade would be “the most advanced Ethereum scaling stack.” And that means it will increase network capacity and reduce transaction costs.” According to DeFi Llama, Arbitrum has a $954 million total value locked (TVL). This value spreads across 111 different protocols, including GMX, Stargate, Curve, and Uniswap.

 How World Events Influenced The Price Of Cryptocurrency