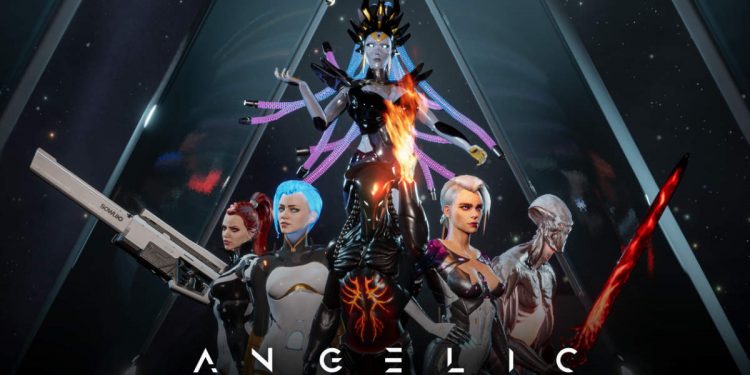 Angelic, Metaverse Game Studios’ first title, aims to be a top MMORPG set in a sci-fi world. Its creators previously worked on AAA titles such as League of Legends, Far Cry, Metro Exodus, and Halo 3.

A Pantera Capital spokesperson described Angelic as “a much needed top-tier game product” in the blockchain gaming space in a statement.

“We’ve looked at a lot of projects, and this is one of the few games out there with a sophisticated enough design to be a staple of Web3 gaming for a long time,” Pantera Capital partner Paul Veradittakit said.

Angelic will “help bridge the divide between blockchain games and AAA titles,” according to Animoca Brands co-founder Yat Siu. While a number of play-to-earn blockchain games, such as Axie Infinity and Splinterlands, have gained popularity, a AAA multiplayer RPG has yet to make waves in the crypto gaming space.

Immutable, the Australian startup behind an Ethereum layer-2 scaling solution designed for games and NFTs, announced today that it has raised a $2.5 billion Series C funding round. The company joins an ever-growing list of crypto “unicorns,” or startups valued at at least $1 billion.

Temasek led the $200 million round, with participation from Chinese gaming behemoth Tencent and (again) leading metaverse investment firm Animoca Brands. Arrington Capital, Mirae Asset, and Liberty Global are among the new investors, while Alameda Research and Possible Ventures have increased their total investment.

Immutable X employs StarkWare’s StarkEx zero-knowledge proof technology to aggregate thousands of transactions from its own network and commit them to Ethereum in a single transaction.

They’ve attempted to carve out a niche as a platform designed for video games and NFT collectibles among other notable Ethereum scaling solutions such as Polygon, Arbitrum, and Optimism.

Immutable was recently announced as the platform that will power the gaming-centric NFT marketplace at video game retailer GameStop. The GameStop marketplace, which is set to launch later this year, will focus on user-ownable NFT items designed for Ethereum-powered video games, such as characters, weapons, and apparel.

As part of the agreement, GameStop and Immutable announced a $100 million developer fund last month to encourage crypto game developers to build on Immutable X and the retailer’s marketplace.

Immutable also creates and distributes its own NFT games. Gods Unchained, a competitive card game, was one of the first notable crypto games, and it has since migrated from Ethereum’s mainnet to Immutable X. Guild of Guardians, an upcoming mobile action game, will also be published by the company. Stay tuned.

If you enjoyed this article, you might also like: GameFi: The Metaverse and the Future of Gaming

Solana-based blockchain NFT game, EV.IO makes their FPS game available to be played on mobile. One of the top Web3...

Over recent years, blockchain gaming has gained massive popularity. It’s easy to speculate its growth based on sheer popularity on...