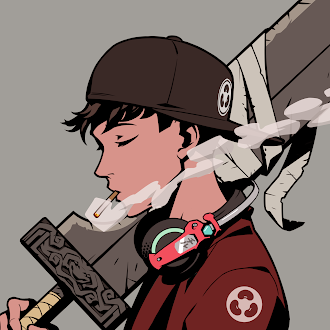 Azuki, the most popular NFT project released in 2022 in terms of total trading volume, is reaching new heights. Recently, the Ethereum-based project, which debuted in January, saw its first secondary sale surpass $1 million (in USD).

Azuki is the most popular NFT project released in 2022. The sales numbers for the anime-inspired NFT project have exploded.

A unique set of traits

Azuki is a profile picture project that includes 10,000 avatars, each with a unique set of traits and visual elements. In that sense, it’s similar to projects like the Bored Ape Yacht Club and CryptoPunks, albeit with a distinctly anime-inspired aesthetic.

An NFT functions similarly to a blockchain-based receipt in proving ownership of a digital item. Profile pictures, as well as sports collectibles and interactive video game items, are particularly popular in the NFT market. According to DappRadar data, the overall NFT industry will reach $25 billion in trading volume in 2021.

Chiru Labs, a mysterious four-person team of builders that purportedly includes former Facebook and Google employees, as well as former startup founders who went through the Y Combinator accelerator program, created Azuki. Their path is similar to that of Yuga Labs, the creators of the Bored Ape Yacht Club, though some of the Yuga founders’ real identities were revealed in a contentious BuzzFeed article in February.

Azuki debuted in January and quickly became one of the most popular projects, amassing hundreds of millions of dollars in trading volume in just a few weeks. According to CryptoSlam, the project has generated approximately $518M  in sales so far.

It was one of the top projects during OpenSea’s record-breaking month of January, when the top NFT marketplace recorded more than $5 billion in trading volume between Ethereum and Polygon sales. Polygon is an Ethereum sidechain scaling solution that allows for cheaper, faster, and more energy-efficient transactions.

Since then, the market has calmed, with OpenSea recording $3.65 billion in trading volume in February, and current data from Dune Analytics indicating an even lower March tally. Despite the decline, Azuki was one of the top projects in February, trailing only the Bored Ape Yacht Club and Mutant Ape Yacht Club over the last 30 days, according to CryptoSlam data.

According to Rarity Sniper, which ranks NFTs based on their characteristics, Azuki #9605 is the second-rarest image in the NFT collection. The project’s top NFT, Azuki #2152, is listed on the OpenSea marketplace for 500 ETH (nearly $1.69 million).

The project’s creators are considering future expansion along the lines of the Bored Ape Yacht Club, such as the release of exclusive merchandise for holders, the development of a metaverse, and the creation of an ApeCoin-like ecosystem token called BEAN. By following a formula which incorporates rarity and exclusivity Azuki seems well-positioned for success.

Bridge Network is Launching Its IDO on TDX Launchpad