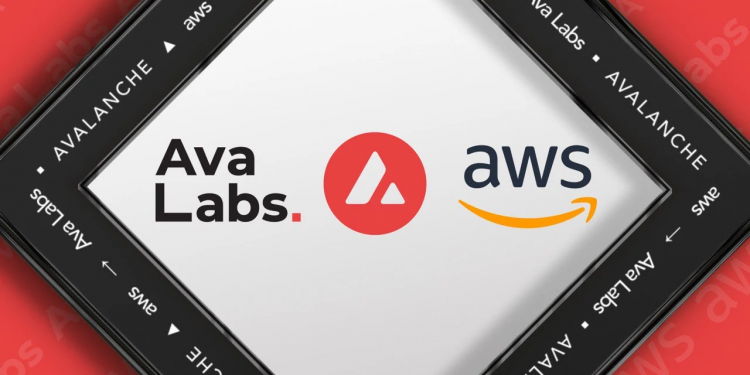 Ava Labs and Amazon Web Services (AWS) have joined forces to accelerate the adoption of blockchain technology for businesses, organizations, and governments.

Amazon Web Services (AWS), the most prominent cloud computing service provider in the world, has formed a partnership with Ava Labs, with the intention of accelerating the widespread implementation of blockchain technology in a variety of business sectors.

The collaboration aims to increase the network’s robustness and flexibility for developers while also making it simpler for individuals to set up and operate nodes on Avalanche.

The decision is a big step forward for blockchain technology since it makes it more approachable and simple for businesses and people to use. Numerous blockchains have already used Avalanche to power their networks, and with AWS’s assistance, this number is certain to rise.

According to Howard Wright, the Vice President and global head of AWS startups:

“At AWS, we are all about bringing the most cutting-edge technologies to builders, no matter if they sit in a multi-million-dollar enterprise, a government office, or a dorm. The new capabilities brought by Avalanche enable us to do just that. We’re thrilled to add an innovator like Ava Labs to our partner network and to support new tooling for Avalanche’s infrastructure and ecosystem, helping to expand its adoption to new geographies and customer segments.”

“We have over 500 applications on the chain and we would love to give them a better experience and now we have a real partnership that we can direct to the Activate program.”

Avalanche is Ava Labs’ layer-1 blockchain, and the partnership’s goals are to make it simpler for people and organizations to establish and administer nodes on the blockchain, as well as to give additional support and flexibility for developers that are utilizing the network.

AVAX price surges after the announcement

Following news that Amazon Web Services (AWS) and Ava Labs have joined to scale blockchain use for businesses, institutions, and governments, Avalanche (AVAX) has become the newest cryptocurrency to see a double-digit price breakout. The native token increased by more than 30% on January 11th.

Although the bulls appeared to be stretched and the price was up against stiff resistance, the announcement allowed the bulls to break beyond $13.0 and reached a high of $16.38.

Avalanche scores again with another strategic partnership and wider adoption by expanding its reach and acceptance, giving access to new markets and technology, and establishing credibility and confidence with potential users and investors.

Partnerships with well-known businesses or organizations gives a blockchain access to important resources including finance, infrastructure, and other technicalities. Additionally, by forging beneficial connections between many stakeholders, partnerships can reduce risk and benefit the blockchain’s overall ecosystem.