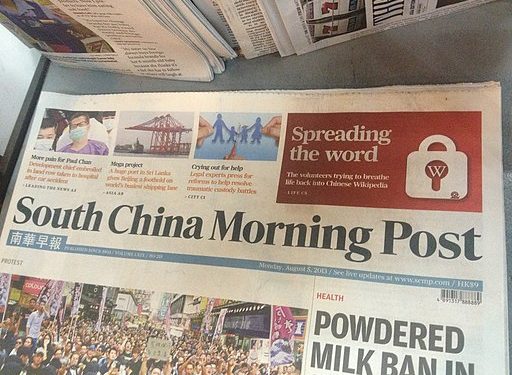 A move into the non-fungible token (NFT) and metaverse arena by South China Morning Post (SCMP), the largest English-language media outlet in Hong Kong and one of the oldest publications in the region, is being hailed as a significant step forward.

On Monday, the company announced a partnership with The Sandbox to reproduce the media assets from its 118-year history of journalism on the decentralized virtual space platform owned by the NFT digital property firm Animoca Brands, according to the release.

According to the project’s white paper, it plans to offer an NFT collection of the SCMP’s archives, which has chronicled historical events in the city since the publication’s founding in 1903, to the general public.

“The South China Morning Post is devoted to engaging and educating a worldwide audience with information and technology,” said Gary Liu, the publisher’s chief executive officer, in a prepared statement. This project offers an opportunity to discover, collect, display, trade, and reanimate key moments and artifacts from our collective human experience, and we are thrilled to be introducing this standard to the world. “

The article stated that the project will be launched on a few selected blockchains, but did not disclose which ones. It has the “intention to be chain-agnostic in the long term,” according to the company.

It was said in the announcement that “upon launch, the capacity to issue authenticated ‘ARTIFACTS’ will be available to a selection of trusted partners who are globally recognized owners and custodians of authentic historical assets.”

The announcement comes just after Animoca Brands reported that the company had secured roughly $140 million in its most recent funding round, which took place earlier this month.

Crypto payments on the horizon?

Alibaba, along with Alipay, Taobao and AliExpress also owns the South China Morning Post. The move is seen as significant as it may foreshadow Alibaba’s family of companies accepting cryptocurrency as payment.