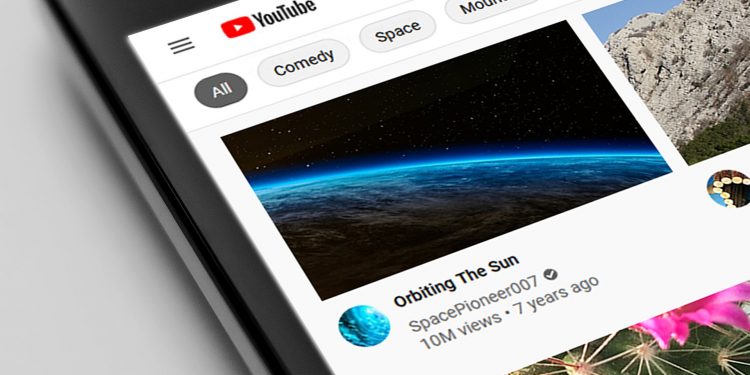 by Aaron Moses
in Technology, Trends
Reading Time: 3 mins read
0
Share on FacebookShare on TwitterShare on LinkedinShare via WhatsappShare via Email

There have been many attempts at building YouTube alternatives. Though few companies have had the innovative technology to replace world’s largest video streaming platform. Now with blockchain, AIOZ could soon become a household name as the first decentralized streaming platform.

Why? According to a new video released by PAID CEO Kyle Chasse, it will be 20x cheaper for content providers to use the AIOZ network than it would with Google. This is possible because AIOZ will not need the many server farms that Google has.

The cool thing about AIOZ is that it runs on a decentralized node network. This means you could run your own node – and when running a node you get rewarded with AIOZ tokens.

What else is revolutionary about the company? AIOZ is an all inclusive video streaming platform. So think of Youtube and Netflix combined. What’s really neat is that when you watch ads on AIOZ Tube you as the viewer get paid as well. Sounds crazy right? It’s not – you will get rewarded in AIOZ tokens by watching videos on AIOZ Tube.

But it doesn’t stop there. You can use your AIOZ tokens to subscribe to AIOZ OTT which is like the AIOZ version of Netflix. So the user experience that AIOZ is building is incredibe. And Kyle Chasse has some insider information and he’s promised the AIOZ Network is working now with “major media players” to establish a large selction of content on their platform. So, don’t think that this is going to be a cheap Netflix “wannabee”.

The future looks bright for AIOZ

According to aioz.network, there is no limit to how big the platform can scale. An excerpt from the website reads, “The Peer-to-Peer network can accommodate an infinite number of nodes, making our platforms scalable.” Imagine how much more cost efficient this will be to use than Google.

And according to Kyle Chasse, AIOZ will be one of the biggest cryptocurrency projects in 2021 and beyond. He said in a video he just released:

“I know a little bit behind the scenes of what’s going on in AIOZ that hasn’t been announced yet – some massive corporate partnerships that will blow your mind.”

“What you have to pay attention to is that there are some projects in the top 100 of the crypto market cap that don’t even have a working platform. AIOZ is already built. There are 15,000 nodes operating now, and that number is exploding daily.”

Kyle even said that he believes AIOZ will become a top 10 project – meaning in the top ten cryptocurrencies by market capitlization.

AIOZ is an outstanding project that creates a harmonious environment for both content creators and views to thrive. Content creator’s are able to take advantage of getting paid in AIOZ tokens which make them share holders in the company. And viewers get to enjoy all of their favorite content while being compensated in AIOZ tokens as well.

There’s never been anything like it before. With HD streaming and all of these other incredible features we’ve shared, AIOZ could be a tech giant to be reckoned within the not so distant future.

If you liked this article, you might also like: Introducing Nafter: NFTs for influencers and their fans

What is a Hot Wallet?