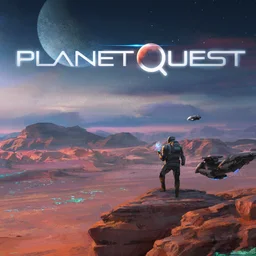 Cryptography-based blockchain technologies have been used in recent years to create popular elements for blockchain games. These elements may include virtual currency, non-fungible tokens, and immutability. This article will explain some of the key concepts in blockchain gaming. We’ll continue the discussion in the later sections. Here, we’ll consider the advantages and disadvantages of blockchain technology and its application to gaming.

First, let’s look at some of the most important characteristics of blockchain gaming:

Blockchain gaming is a new form of computer gaming that uses cryptocurrency for the game’s economic ecosystem. It involves digital assets, such as in-game money and items, which have real-world value. Non-fungible tokens (NFTs) are digital assets that can increase in value over time, much like stocks or bonds.

The blockchain allows game developers to store non-fungible tokens, and they give gamers ownership of these digital assets. Players can trade or sell their NFTs to earn cryptocurrency.

To purchase these tokens, players must use a cryptocurrency wallet. Wallets can be available in many forms, and the type of wallet the player chooses is essential. Some blockchain games even allow players to purchase tokens using fiat currency.

Despite these differences, blockchain gaming is a significant step in the evolution of traditional games, and it has many exciting possibilities.

Cryptographic tokens are a new type of cryptocurrency that represents various digital assets and represents their owners. Because these tokens are unique, they can’t be exchanged for one another. Instead, they are stored on a blockchain network and uniquely identify each transaction.

Unlike fiat currency, which is fungible, non-fungible tokens are hard to counterfeit or exchange. They’re a good option for blockchain gaming because they minimize the possibility of fraud.

Specifically, interoperability will allow players to transfer NFTs between games and use them to access in-game content. This will allow items, such as weapons and character skins, to be used in different games.

The more widely used and marketable these items become, the better.

However, developers should not be put off by this new type of technology. It will require a fundamental rethinking of how games are made.

For example, it will allow gamers to use NFTs as in-game items and even real-world tickets.

Immutable X, the company behind the popular online multiplayer games Gods Unchained and Guild of Guardians, recently announced a $200 million funding round. The company said it would continue hiring as its workload grows. It already employs 280 staff members, compared to 180 at the start of the year. It plans to increase its staff to 360 in the next five months.

As a result, the Immutable has built two very popular games, Gods Unchained and Guild of Guardians. To do this, the company poached top talent from Riot Games and Web2 studios. The company’s president and co-founder, Robbie Ferguson, also holds a Ph.D. in blockchain gaming. He’s an avid gamer and believes the immutability of blockchain gaming is the future of digital asset ownership.

The first step to improving the accessibility of blockchain gaming is to understand the role of wallets in the gaming ecosystem. These wallets are crucial in enabling transactions. But wallets alone cannot ensure accessibility. The user experience should take into account all aspects of wallets.

Using an accessible wallet will increase the likelihood of a user sending a transaction, and will allow the gaming ecosystem to cater to a diverse user base. Hence, a holistic accessibility framework should take into account wallets and their interactions.

Additionally, the platform should support pre-existing technology, as opposed to relying on a proprietary network. By taking these measures, it will be easier to create and ship blockchain games in the future. The question that remains, at least among traditional gamers, is if blockchain gaming will indeed become the standard moving forward.

What are the Benefits of DeFi for Bitcoin?

Have you ever dreamed of ruling your own alien state on a wacky planet in a galaxy far, far away?...