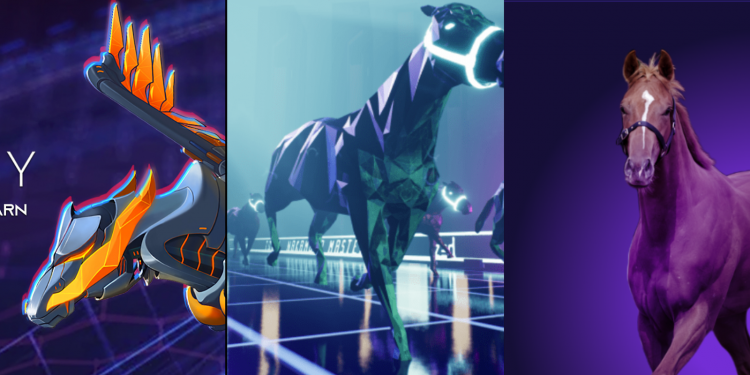 A Glimpse into The World of NFT Horse Racing

by Edmond Herrera
in Metaverse, NFTs
Reading Time: 4 mins read
0
Share on FacebookShare on TwitterShare on LinkedinShare via WhatsappShare via Email

NFT horse racing started by taking a popular betting sport and integrating it with blockchain characteristics, leading to the success of web3 titles like Zed Run and Pegaxy. What’s the difference between in-game horses as opposed to real life?

Real-life horse racing is an established sport in the non-digital realm. Although it has a certain reputation for its gambling characteristics, it is considered a legitimate sport. The popularity of the sport is reflected in its large market size reaching  $5.4 billion in 2022. However, with the introduction of in-game NFT horses, can the success of real-life horse racing be transferred over to the blockchain?

NFT horse racing might not be as popular as the Kentucky Derby, but the Web3 gaming genre has been the talk of the crypto world for the past few years. The most popular iterations of the genre like Pegaxy or Zed Run have garnered the majority of the industry’s audiences and its popularity has led to numerous sport NFT horse racing titles like the aforementioned ones.

Although they might not be as popular as the top horse racing games, their continued release of similar titles cements the continued interest in the genre.

What is NFT Horse Racing?

Similar to real-life horse racing, NFT horse racing conducts races(albeit digital) that reward owners for whoever finishes the race fastest. Players invest in an array of different NFT horses, each with its different characteristics and rarity. So instead of feeding your actual horse with top-of-the-line horse food, users choose the best possible breed they can find to pit them in a race against other players.

Not only can users race, but they can also collect, sell or even breed their in-game horses, offering them multiple methods of earning money within the game. NFT horse racing incentivizes players to invest substantially into their horses so they can either sell, breed, or pit them against other horses.

What’s the difference between real life and digital racing?

Unlike real-life racing, blockchain technology allows these horses to be an NFT – which means they can be “bred” to create a special new NFT horse. The newly bred horses have a special code in them that separates them from other digital horses. Players may not be able to caress or feed them like actual steeds, but they offer multiple ways to profit from them like selling and trading.

Owners can pit their steeds against 11 other horses to win handsome rewards if they win. These races are conducted around the clock since these digital horses don’t have the need to sleep and rest, unlike actual horses. This means players can earn from their NFT horses 24/7. 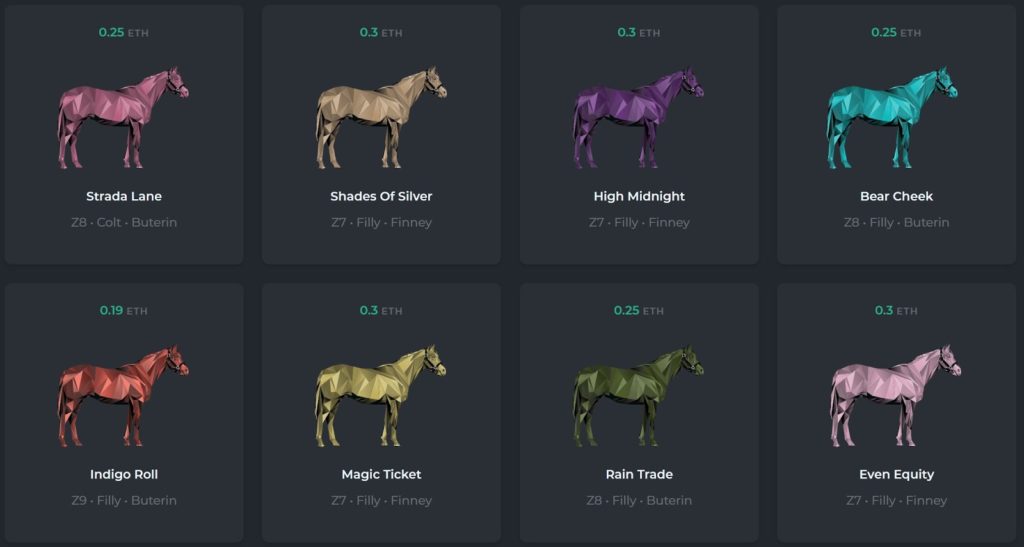 In Zed Run, different types of “bloodlines” exist within the game. There are certain bloodlines that are rarer than others, making a distinction between high-class steeds among others. This creates a hierarchy of value for the steeds in which the rarer the steed the higher its price in the market will be. Moreover, design and lore are also surprisingly added aspects to these games. Pegaxy features a futuristic, brightly colored mechanical horses that add a layer of visual appeal to the game.

The NFT horse racing genre enjoyed the Web3 spotlight for a time. However, these games have also received criticism for their unsustainable “play-to-earn” economy and their lack of fun gameplay to be even considered within the GameFi genre.

These games greatly fit the ethos of “Play-to-Earn” in which the primary motivation factor of users is to earn money. But as the play-to-earn genre unfolds, we have seen the pitfalls of this kind of model, especially during a bear market. Play-to-earn tends to lose its users once the prospect of earning big bucks fades away.