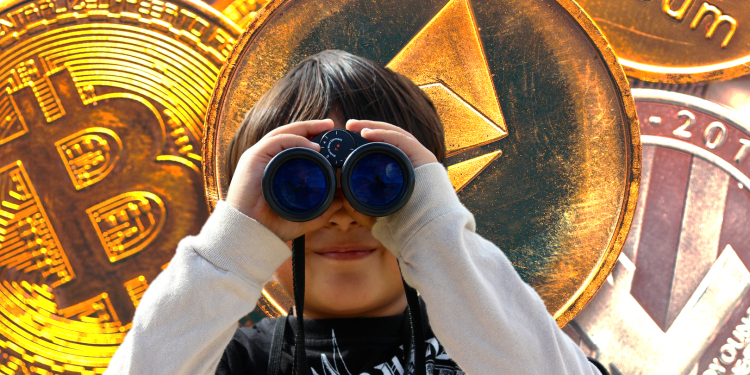 by Jay Speakman
in Investing
Reading Time: 7 mins read
0
Share on FacebookShare on TwitterShare on LinkedinShare via WhatsappShare via Email

As we head into the last quarter of 2021 we take a look ahead at some altcoins you may want to put on your radar for 2022-and beyond.

When thousands of Bitcoin rivals invaded the market in 2017, altcoins were born. Many altcoins today have developed to the point that they can stand on their own, with their own distinct set of real-world uses. It’s a great way for investors to diversify their portfolios, as well.

Trying to figure out which cryptocurrencies to invest in can be a daunting task for most newcomers, because there are so many. Even seasoned traditional investors can find it hard sledding.

If you’re having a hard time locating the best altcoins in the crypto market, use this article to get your bearings.

The term “altcoin” refers to any cryptocurrency that is not Bitcoin (BTC). They have certain similarities to Bitcoin, yet they are also distinct from each other. Altcoins, for example, use alternative consensus mechanisms to generate blocks or validate transactions. To differentiate themselves from Bitcoin, they may offer new or additional capabilities, such as smart contracts, DeFi, NFTs, or low volatility in the value of their native currency.

A darling of developers, Ethereum has been making waves in the crypto industry nearly from inception. It’s a smart contract platform for building decentralized apps (DApps) but has morphed into much more.

In terms of market capitalization, Ethereum is the second-largest. At the beginning of 2021, you could have invested $5,000 in Ether. As of October 17th, your investment would have exceeded $25,000 in value. That’s not a bad 10 month return on a project that’s really hard to call an altcoin at this point.

Ethereum’s current price of nearly $4,500 per coin has some people thinking it’s too expensive. Yet, many analysts believe Ethereum is only getting started. With massive adoption and thousands of active applications Ethereum is the platform of choice for the cryptoverse-at least for the foreseeable future.

When Chainlink touched $52 in May 2022, it drew a lot of attention from the crypto community. But other investors had been keeping a watch on this coin for some time before it went public. For just $1,000, you would have earned more than $178,000 today had you bought in its ICO in September 2017.

This would have been worth $473,545 in May before the massive cryptocurrency sell-off began. Moreover, Chain Link might be a tremendous investment opportunity if its utility outside of the cryptosphere and significant acceptance in DeFi is realized.

Cryptocurrencies are known to rise and fall in value over time, and this one is no exception. A token like Uniswap has a number of advantages, however. The Uniswap DEX uses it as its principal token and due to Uniswap’s popularity and rising adoption this will only serve to keep the UNI token in high demand.

Their unicorn logo is supercool, too.

Liquidity delivery and utilization are two of the most important functions of the Uniswap project. The platform may be a good fit if you believe that DeFi is the future. You may also receive incentives by lending your new currency to a liquidity pool when you buy it.

Using Stellar, the world’s banking systems can be brought together. Connecting financial institutions and providing low-cost transactions in emerging markets are the goals of this project.

At $8 billion in market value, its Lumens cryptocurrency is among the most intriguing altcoins, in terms of potential altcoins in 2022. This is despite the fact that XRP and Ripple Labs, direct competitors, have been working hard to close the gap.

In addition to this, Stellar has a unique network structure and lacks legal concerns (like XRP), among other advantages. Because of this, Stellar Lumens is a crypto to keep an eye on.

Solana, a decentralized finance platform, was created in 2019. (DeFi). In addition, participants can use decentralized apps (DApps) and deploy smart contracts over the platform. One of the initiatives that many regard to be an “Ethereum killer” currently exists.

SOL is  the name of the native token participants use to pay for blockchain transactions on Solana.  Between August and the beginning of September, the price of SOL surged by almost 500 percent.

Solana recently attained an all-time high of $250.05, making it one of the most successful digital assets. You may want to consider Solana if you’re looking for a cryptocurrency to invest in. Solana’s lightning fast blockchain is seeing rapid adoption.

Cardano’s early adoption of proof-of-stake validation, which reduces energy consumption, is remarkable, albeit their slow, peer-review approach has seen the price stagnate recently.

Yet, Cardano is expected to continue to be one of the most popular digital assets because of its flexible network and relatively speedy transactions. The price of Cardano is further supported by the fact that it has grown at a much slower rate than other big coins.

Cardano can be viewed as a slow and steady investment. At this point, it needs more adoption and the massive supply of ADA (over 45 billion) serves to keep the coin hovering around the $2.00 mark. Still, many analysts are predicting a long-awaited breakout in 2022 as smart contracts and further adoption kick in.

Crypto projects like Aave are paving the way in decentralized financial markets (DeFi). In addition, it is one of the few coins that has returned more than 600 percent to investors in one year alone.

As one of the leading lending protocols in the industry, it averaged $200 million in daily trading activity. Even though the year is coming to an end, many analysts feel that the coin has the potential to restore a major portion of its value. Aave means “ghost” in Finnish, but this project isn’t scaring anyone.

Aave’s bright future is based on its unique characteristics and use cases.

Among 2021’s  most noteworthy altcoins, Polkadot has performed well thus far. An interoperable network connecting the many blockchains is the goal of this project, with the DOT cryptocurrency powering transactions. Polkadot wasn’t left behind by the 2021 crypto bubble, which saw many cryptocurrency hit new heights. Polkadot may be a good investment in 2022 and beyond, based on the predictions of price analysts.

Using Binance currency to trade and pay fees on Binance, one of the top crypto exchanges, is a smart investment. In 2017, this altcoin was launched, and since then, it has grown to include a wide range of services. It was only worth ten cents when it first went on sale. At this point, its price has climbed to $467.67.

Investing in cryptocurrencies is an exciting and potentially lucrative way towards financial freedom. We are on the cusp of a technological and economic transformation the likes of which the world has never seen, but enthusiasm needs to be tempered with thought.

Thus stated, please keep in mind that this article is provided for educational purposes only and is not an endorsement or encouragement for any individual to invest money in any of the projects we’ve listed. Do your own research and talk with your trusted financial advisor before making any decisions.

Binance CEO CZ on How to Avoid DeFi Exit Scams