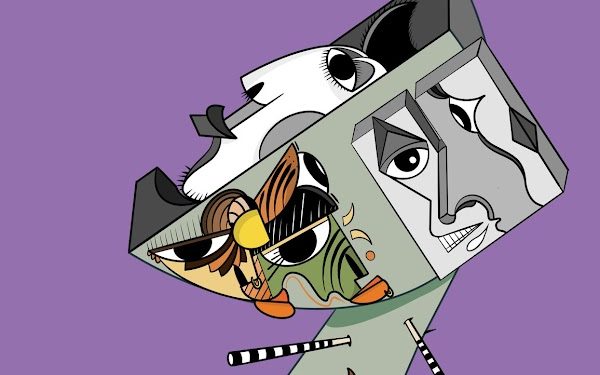 I’ve been on somewhat of an NFT binge as of late, picking up works from three artists in the past month. My first was detailed in my article on the artist Pak and today I’m sharing another purchase from a relatively unknown artist named 8th Project.

With the release of the 8th Wonders NFT collection on OpenSea, I became aware of the  first of four drops that will go live in the coming months from artist 8th Project.

The series is divided into four parts and is inspired by the Seven Wonders of the World. The first drop of these distinct, Picasso-inspired NFTs was made available to the public on December 20th.

What Are the 8th Wonders NFTs?

In terms of rarity, there will only be eight completely unique NFTs, or 1:1s. Essentially, these NFTs were created as a set and were inspired by some of the world’s most treasured architectural achievements. Think of the Taj Mahal, the Great Pyramids, etc.

This drop, however, is about more than just marvels of engineering.

The total number of NFTs in the collection will be 1,111, with 125 individual traits found throughout. Furthermore, each of the traits is handcrafted by the artist but is generative in nature, based on computer code.

Simply put, they are the inhabitants of the world’s eighth wonder, the metaverse. There is a striking stylistic nod to Picasso’s Cubist period which, in my opinion, makes these metaverse citizens all the more valuable.

The 8th Wonders whitelist offering dropped on Saturday, December 18th on Nifty Gateway, with assets priced at 0.05 ETH. Then, on the 20th of December, the public sale began. NFTs from the later drop of 8th Wonders will be slightly more expensive, costing 0.06 ETH.

An NFT with Benefits

As benefits were mentioned, I was curious as to what I’d get along with my artwork. Spending .03 ETH is no big deal for many collectors but I still agonize every time I make a buy-even after I’ve researched it. And in this case perhaps I didn’t research it enough-more on that later.

Here’s what I found:

Who is the 8th Project?

8th Project is the artist behind the 8th Wonders NFT collection. Originally from France, and now living in Mexico, he is somewhat well-known in the NFT community. But he doesn’t have a massive social following and I wasn’t aware of any other drops of note. Still, this project seems to have generated some buzz as OpenSea was featuring it.

“The seven wonders of the world have inspired humanity for thousands of years, from the Great Wall of China to Machu Picchu . Today we welcome the metaverse, the eighth wonder, and its inhabitants, the eighth wonders. Each of the eight wonders is one-of-a-kind, with hundreds of possible traits painstakingly handcrafted by the Eighth Project.”

8th Project has witnessed firsthand the transformative power of art. A portion of the proceeds will be used to nurture, encourage, and promote the arts, as well as to make art education more accessible to the general public.

Like an increasing number of NFT collections, he is concerned with social responsibility. In fact, 8th Project has pledged to donate a portion of the proceeds from the 8th Wonders NFT to help “nurture, encourage, and promote the arts.” Notably, he promises to make art education more accessible to the general public.

Both buying art and learning how to create it has become increasingly expensive-especially in the NFT realm. This has garnered criticism from those who see projects like Bored Apes and CryptoPunks as nothing more than tokens of the rich.

I’m looking forward to what will be coming next from the 8th Wonders project. And I have no doubt that he’s a talented artist. That being said, I wish I’d researched his social following and sales metrics before buying. Compared to other artists like Pak or Tyler Hobbs, 8th Project doesn’t seem to be making a lot of noise. But perhaps I’ve stumbled upon a rising talent. At any rate, I love the artwork and that’s what truly matters.

Yield With XBE As It Enters Alpha Testing