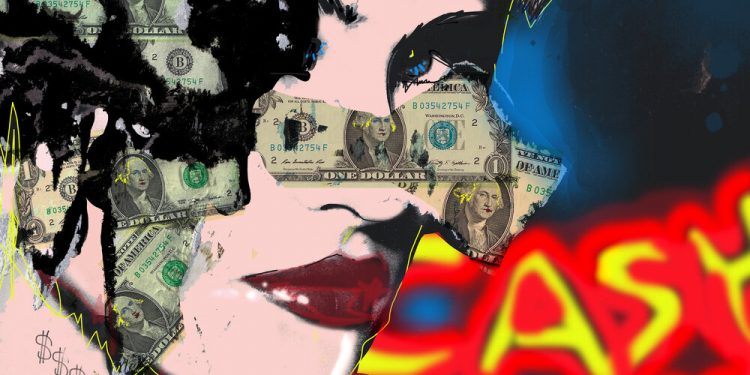 One of the most intriguing aspects of NFT technology is the ability to create an unforgeable record of an object’s chain of custody giving us an immutable ledger tracking who created what and when. This is art on the blockchain – created by NFT artists.

And one of the best parts of my job as a writer is I get to learn about the artists in this new realm .

Many of these new creatives were not early adopters. Beeple, for one, has been a fixture in the digital art world for years, but his first NFTs were only recently released.

Does it pay dividends to have perfected your craft in graphic design or traditional art before jumping into NFTs? Let’s put it this way; it doesn’t hurt and Beeple can give $69 million reasons why that might be true.

Yet, this isn’t to say that someone with a traditional or even a digital background in art, can’t jump straight into NFTs and start creating.

Over the course of 2021, we’ve seen a significant increase in demand for crypto artists’ works as collectors compete for historical pieces.

If you’re new to the scene, take a moment to learn about these five pioneers who helped lay the groundwork by busting through boundaries.

This is not a complete list by any stretch, and we will be adding more artists in the future to hopefully ensure that everyone who has contributed to bringing NFTs front and center is recognized. We also don’t want you to sleep on any investment opportunities you may see when viewing their work.

For years, this Irish conceptual artist has been at the forefront of the intersection of art and blockchain technology. Abosch began experimenting in the space in 2013, when he collected 500 paired Bitcoin keys in a book he dubbed a “bank.” In 2018, he tokenized himself with 10 million ERC-20 tokens for his “IAMACOIN” project, sold his “Forever Rose” crypto artwork for $1 million to a group of ten collectors, and collaborated with Chinese artist Ai Weiwei on “PRICELESS,” a project in which one of two ERC-20 tokens was distributed one quintillionth at a time.

Josie Bellini is a well-known crypto artist who debuted in the space in 2017 with her viral works “Genesis” and “Filter.” The latter includes the iconic Bitcoin-branded gas mask that has become synonymous with her brand, as well as an AR integration that has contributed to her legacy in the crypto community.

Bellini embraces the term “Bitcoin artist” and champions the game-changing cryptocurrency in many of her pieces as a firm believer in Bitcoin and the promise of decentralization.

Anna Louise Simpson, a Scottish artist, is bathed in pop culture, and it shows in her compelling collage work.

Simpson has been working as an artist for over a decade, tackling heavy subjects such as consumerism and quarantine, and she brought her talents to the blockchain in 2019.

Her mixed-media work, which frequently combines oil paints and Indian ink with ‘object trouve’ (found items) such as magazines and posters, is influenced by Kippenberger, Richter, and Robert Rauschenberg.

AA is a  crypto artist instrumental in the early days of SuperRare in 2018. While there aren’t many biographical details available for the anonymous artist (they don’t even have a website), his (their?) work speaks for itself. His recognizable pieces, which combine AI and surrealist elements with a proclivity for skeletal imagery, have been collected by a slew of fellow OGs.

Olive Allen first introduced her art to the blockchain in 2018 and hasn’t looked back since. The New York-based artist began her career as a traditional painter but now uses digital brushes and an iPad canvas to create her distinctively sarcastic works.

Allen satirizes elements of internet culture such as Clubhouse and Trash Art with a lighthearted tone. Marc Chagall influences are evident in some of her work.

Keep an eye on this space as we’ll continue to track trending NFT art and artists, explain why certain artists are worthy of a follow and direct you to where you can bid on art and be informed of upcoming drops.

What Is NFT Art and How Does it Work?