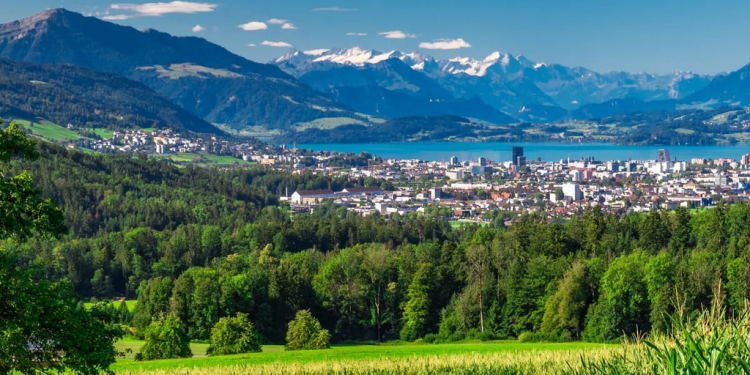 Is ADA a good investment?

5 Crypto Companies That Have Their HQs in Zug, Switzerland

by Vincent Munene
in Business, Switzerland
Reading Time: 5 mins read
0
Share on FacebookShare on TwitterShare on LinkedinShare via WhatsappShare via Email

Switzerland is one of the leading places on the planet with the best environment for crypto companies. This is because cryptocurrencies are legal across the nation of Switzerland and there are basically no regulations that affect the trading and use of cryptocurrencies.

Status, a crypto company that offers messaging as a service (MaaS) on the blockchain was founded in 2017 and has been active since. Status’ main product is a mobile OS of the same name that is purposely built for the Ethereum blockchain. With Status technology, everyday phone users will start using decentralized applications easily.

Founded by Jarrad Hope and Carl Bennets, Status promises to provide secure communication between messaging parties, something that has become rare in the world of social media censorship and Big Tech. Status is in direct competition with companies like Sender Wallet, and Glow Labs.

Status has its own native token, SNT, that is currently going at $0.021 per token.

Lisk is a blockchain on its own and markets itself as a ‘single point entry into the world of crypto.’ On the blockchain, you can get NFTs, Lisk-based tokens and other popular Web3 apps built on that blockchain.

List was founded in 2016 by Max Kordek and Oliver Beddows. Developers can be able to build their own side chain from the Lisk main chain and expand the ecosystem. Lisk is in direct competition with some of the bigwigs such as Cardano, Bitcoin and Ethereum.

Ethereum needs little introduction – it is the world computer (or at least it’s well on its way to becoming one). Powering 80% of decentralized finance, Ethereum is the brainchild of Vitalik Buterin and Jefferey Wilcke and it went live in 2014. Since then Ethereum has grown massively.
The network is a platform for developers to launch protocols and dApps for furthering the cause of a decentralized internet, governance and finance.

The company is in direct comparison with all the popular stand-alone blockchains like Bitcoin, Qtum and Hedera Hashgraph.

Ethereum has a native coin associated with it, ETH, currently trading at $1,218.47

Cosmos is a blockchain company that specializes in building an ecosystem of blockchains. In 2016, Jae Kwon and Ethan Buchman, the founders of Cosmos, envisioned a future where blockchains didn’t have to be stand-alone silos. They saw a future where the whole blockchain was one space – one organism.

And therefore, they embarked to build a network of blockchains all connected to one hub, the Inter-Blockchain Communication protocol (IBC) that has become popular as the ‘internet of blockchains’. This is the heart of the Cosmos Network.

Cosmos network has an active coin, ATOM, that is currently worth $8.97 per coin.

Gelato Network is a crypto company that is specializes on creating a way for smart contract automation on the blockchain. Founded in 2019, Gelato network’s automated smart contracts will be called ‘augmented smart contracts.’ They will also be executable off-chain and will be gasless.

Gelato smart contracts support over 8 blockchains currently, including Ethereum, Moonbeam, Binance Smart Chain and Gnosis. So far, Gelato network has executed over 3.8M transactions making their vision extremely successful given the short timespan the company has been operational.

Gelato Network has a native token, GEL, that is currently trading at $0.139.

There is no doubt that the companies mentioned in this list are some of the best. However, the competition is fierce and if they relax, they will be overthrown. Due to the favorable crypto conditions of Switzerland, more and more startups are choosing to establish roots in the country. There are currently over thirty blockchain companies with headquarters in Switzerland. At this rate, Switzerland is going to be the crypto-capital of the world.

How Cryptocurrency And Blockchain Technology Will Foster Incredible Finance in 2023