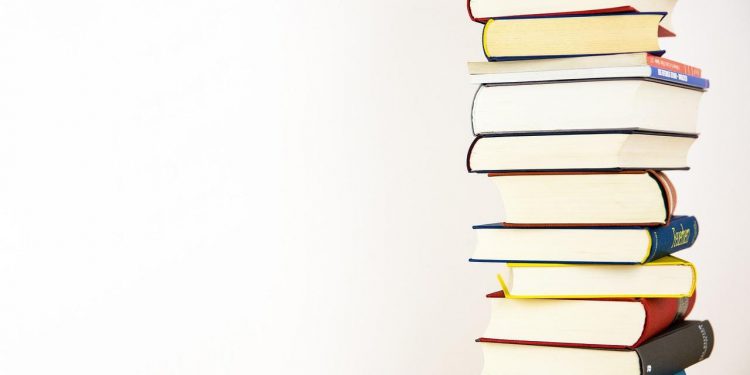 The best Bitcoin and Blockchain books to read

by Jay Speakman
in Education
Reading Time: 7 mins read
0
Share on FacebookShare on TwitterShare on LinkedinShare via WhatsappShare via Email

Are you looking for the mer Bitcoin books to read? Bitcoin and blockchain have become hot topics in the tech world and now even non-tech types are interested in learning more. The technology has been touted as the next big thing in finance, business, and even government. If you already know what a hard fork is or why Bitcoin has a capped supply or if this is your first foray into Bitcoin and blockchain we have you covered.

This article is a guide to help you navigate the sea of information on Bitcoin and blockchain as well as Ethereum and DeFi. We will introduce you to some of the best Bitcoin books on these topics that could wind up on your summer reading list.

Top Bitcoin and Blockchain Books to read in 2022

Camila Russo, a former Bloomberg journalist who now heads the DeFi publication The Defiant, is the author of The Infinite Machine: the first book dedicated to the history of the Ethereum blockchain. Russo has crafted a thrilling story of Ethereum’s “army of crypto-hackers,” its eight founding members, meticulously researched and expertly related.

Russo explains how one of them, Charles Hoskinson, who went on to found Cardano, had a very different vision for Ethereum, and how Ethereum’s prime creator Vitalik Buterin—then only 20 years old—made the fateful decisions that would determine the future of a platform that is now worth over $400 billion.

The Infinite Machine is required reading for any Ethereum or DeFi enthusiast because Russo deftly details Ethereum’s founding, feuds, hair-raising hacks, and hard forks, as well as its phenomenal growth and role in the future of the Internet. And it’s coming to the big screen soon—a film adaptation has been announced, which will be funded by NFT sales.

Digital Gold is one of the most famous Bitcoin books. We may not know who the pseudonymous Bitcoin creator Satoshi Nakamoto is, but Digital Gold will teach you nearly everything else you’d want to know about Bitcoin’s creation and early rise.

Nathaniel Popper’s book, which was last updated with a new epilogue in 2016, begins with Nakamoto’s early interactions with his far-flung collaborators and then follows Bitcoin through iconic points of interest such as the Mt. Gox exchange hack and the illicit Silk Road marketplace takedown. It also follows the rise of major cryptocurrency figures such as Erik Voorhees and the Winklevoss twins, among others. If you are familiar with Bitcoin’s recent history, this is a richly compelling way to fill in the earlier gap.

This is the book for you if you are completely new to blockchain and cryptocurrency. I speak from personal experience: when I first began investigating the industry, Bubble or Revolution helped crystallize some very complex concepts in an approachable, easy-to-understand manner.

It’s an excellent place to begin your personal crypto education, beginning with the creation of Bitcoin and moving on to the fundamentals and applications of blockchain technology, while also providing a basic understanding of altcoins, crypto-economics, and growing business adoption. The three authors have worked at Google, Microsoft, and Facebook, but they avoid jargon and overly technical explanations.

Ether from Out of the Ether serves as a book about Ethereum as well. On the one hand, it follows the network’s creation as Vitalik Buterin takes his brilliant idea from concept to execution with a diverse band of allies—and the fights and personality conflicts are well detailed, thanks to interviews with many co-founders.

But it’s also about the historic 2016 hack of The DAO, the largest ETH project of its time and the reason why modern-day Ethereum split from what is now Ethereum Classic. The way it switches between the two narratives doesn’t really help either one, but there’s still a lot to learn about Ethereum’s origins and the existential threat that could have derailed its future.

If Digital Gold is the definitive origin story of the first cryptocurrency, and Infinite Machine is the birth story of the blockchain that launched DeFi, Kings of Crypto is the equivalent for Coinbase, the first mainstream cryptocurrency company in the United States. Despite legitimate complaints from crypto purists about what Coinbase has become, it remains the industry’s closest thing to a household name, the service that “normies” are most likely to use when they decide they’re ready to buy some Bitcoin, and thus the best company to explain the rise of crypto.

The unbiased story of Kings of Crypto is told by outsiders and former insiders, and it concludes that Coinbase is a crypto success story. It is hard to argue against that based on the success of Coinbase and their entry into NFTs and finance.

This crypto primer is a guided tour through the history of cryptocurrency, covering Bitcoin’s roots in the cypherpunk movement, the development of Ethereum, the ICO boom, stablecoins, and Facebook’s doomed Libra project. The overarching theme of the  narrative is that cryptocurrency was conceived of from the start as a political project, and that every development must be viewed through that lens. His overall outlook on the space is one of healthy skepticism, cutting through the hype and bombast to expose many of the industry’s pitfalls.

The book’s only flaw is that it is already dated as it culminates with Facebook’s Libra stablecoin; since then, Facebook has rebranded as Meta and abandoned the Libra project. NFTs aren’t mentioned either, which seems odd given their importance. Nonetheless, the book is a compelling read.

If we had to pick one book to begin your summer reading binge, we’d go with The Infinite Machine. It is no wonder that it is being made into a feature film as the pacing of the book lends itself well to a Hollywood blockbuster. That being said, any of these books are well worth a read.

I hope you enjoyed our list of Bitcoin and Blockchain books.