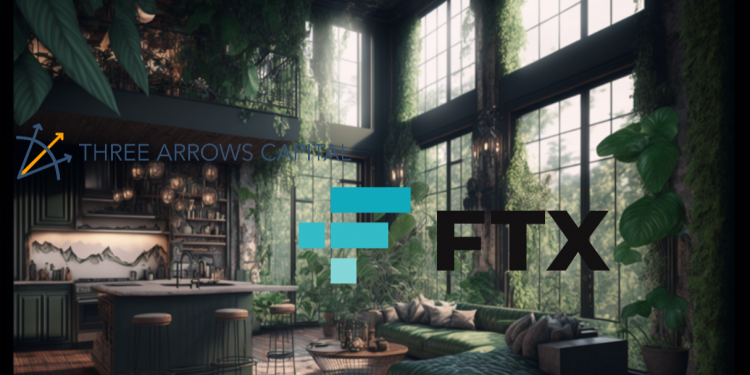 by Vincent Munene
in Investing
Reading Time: 3 mins read
0
Share on FacebookShare on TwitterShare on LinkedinShare via WhatsappShare via Email

The renowned cryptocurrency exchange, 3AC, has announced the launch of its new platform, GTX creating excitement among crypto enthusiasts. The exchange will offer many well-known cryptocurrencies and fresh and developing alternatives.

Su Zhu and Kyle Davies, the creators of Three Arrow Capital (3AC), are looking to raise $25 million for their brand-new cryptocurrency exchange, GTX.

GTX’s user-friendly interface and cutting-edge security features will transform the trade of digital assets. Those who wish to utilize the platform first can sign up early, but the launch date still needs to be set. It is still determined whether GTX will overtake FTX and emerge as a key participant in the cryptocurrency market. For updates on the launch, keep checking.

GTX Will Increase Liquidity in the $20 Billion Cryptocurrency Claims Market

The GTX team pushes for entry into the $20 billion cryptocurrency claims market. To provide access to Liquidity, they intend to permit claimants to sell their claims and use the money received as margin capital. They want to make it possible for investor claims to be trading instantly on platforms like FTX and Celsius. It is still being determined whether the platform will also make it easier to exchange 3AC claims. Some community members have criticized the adoption of the moniker GTX since it sounds similar to the name of an existing platform, FTX.

Some community members have expressed their concerns since they believe the acronym GTX stands for “Grand Theft Exchange”. The bankruptcy of the hedge fund 3AC in July of last year had a significant effect on the cryptocurrency market.

The company’s founders vanished after filing for bankruptcy. However, Su Zhu, who began using Twitter in November last year, attributes 3AC’s failure to DCG and FTX. Many in the industry have been startled and alarmed by the founders’ decision to seek funding for $25 million rather than risk legal ramifications. This is after losing over $10 billion in funds belonging to investors.

Due to difficult market conditions and uncertainties with a counterparty, CoinFlex Mark Lamb and Sudhu Arumugam’s founders stopped making withdrawals last year. They are reorganizing at the moment.