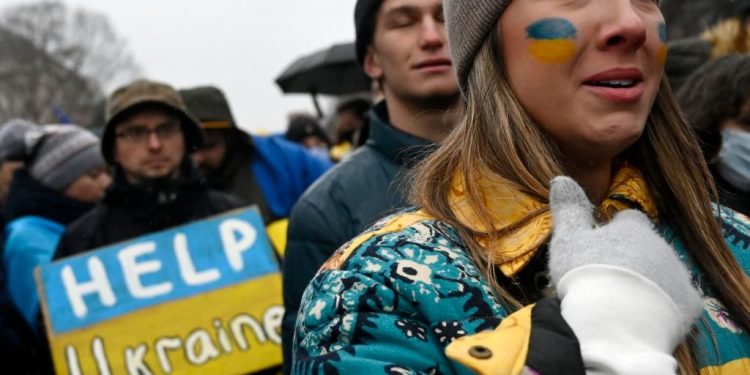 Meet the Ukrainian Women Who Are Stepping up to Fight Russia

In light of Putin’s brutal invasion of Ukraine, the crypto and NFT communities around the world have come together to help Ukrainians in a variety of ways. While some people donated directly to Ukraine’s official ETH wallet, several artists created new NFTs to raise funds for the country. Other community members established new DAOs to assist the war-torn country’s civilians.

According to sources, Ukraine has received approximately $100 million in cryptocurrency donations thus far. This includes a CryptoPunk that has the potential to add even more value to the Ukraine relief effort portfolio. If you want to show support for Ukraine using NFTs, here are 3 projects that are currently raising desperately needed funds.

RELI3F is a Web3 community-led humanitarian aid initiative. The team includes 37 Web3 industry leaders, including Andrew Wang, Giovanni Gussen, Satvik Sethi, and SignorCrypto. The project, which was launched last month, raised more than $1 million in the first 30 seconds. While all primary sales support relief efforts in Ukraine, all secondary sales royalties will either support the earlier efforts or Ukrainian artists, charities, and/or art initiatives of the supporting artists’ choice.

Several well-known NFT artists, including Sartoshi, Hawkward, and others, freely donated their artworks to the Ukraine relief project. On February 27, the project donated roughly half of its initial sales to three Ukrainian non-profits: Come Back Alive, Local Ukrainian Media, and Hospitallers. RELI3F has generated 699 ETH (approximately $1.8 million) in trading volume on OpenSea at the time of writing.

On OpenSea, you can purchase NFTs from the RELI3F project.

Wladimir Klitschko, the Ukrainian boxing champion and two-time heavyweight world champion, has launched an NFT collection to raise funds for his country. Wladimir Klitschko is also the younger brother of Vitali Klitschko, the Mayor of Kyiv and a former world boxing champion. The ‘Vandalz for Ukraine’ collection, created in collaboration with artist WhIsBe, was released on OpenSea on March 9. WhIsBe has reimagined his iconic ‘Vandal Gummy bears’ in the colors of the Ukrainian flag—yellow and blue—for the release.

Last month, Nadezhda Tolokonnikova launched UkraineDAO, a new DAO to aid the war-torn country. The DAO sold a 1/1 NFT of the Ukrainian flag in collaboration with FreeRossDAO’s Alona, PleasrDAO’s CryptoStv, and Trippy Labs’ Trippy. The 72-hour auction saw bids pour in for the cause, raising 2,258 ETH (approximately $6.75 million at the time). Furthermore, the organization will provide POAPs (Proof of Attendance Protocol) to all bidders.

“We purposefully avoided including our own art in this release; in a way, it’s our strong conceptual artistic statement,” Tolokonnikova explained at the time. “People can have different aesthetics, but it isn’t about what color we prefer; it’s about coming together to save lives.” “The Ukrainian flag binds us together.”

Even though the NFT auction has concluded, those who wish to contribute may be able to do so directly.

The ongoing destruction of Ukraine and the wanton murder of Ukrainian civilians continues to outrage the world, but it has given rise to new NFT projects aimed at raising funds for Ukrainian refugees and people. NFTs, which were once dismissed as worthless, are now serving a real purpose by raising much-needed funds for charities.

The new non-fungible technology has divided opinion in the art world, but its ability to raise money quickly and openly on blockchains, where everyone can track where charitable donations are going, is proving crucial.

1inch: A Quick Guide to the DEX Aggregator