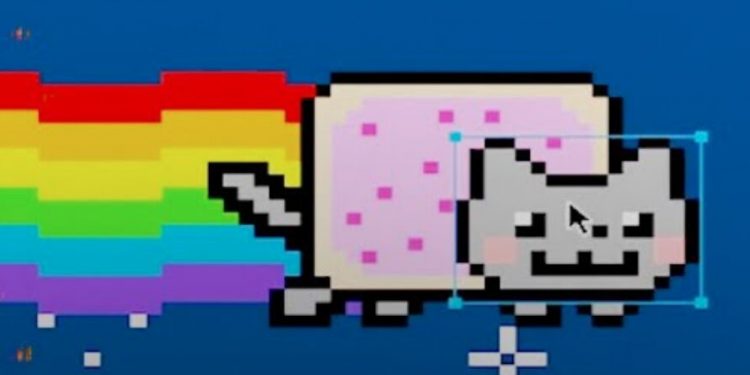 $2B For Nyan Cat NFTs Flowing Into Arbitrum

by Jay Speakman
in Trends
Reading Time: 4 mins read
0
Share on FacebookShare on TwitterShare on LinkedinShare via WhatsappShare via Email

In less than a week, more than $2 billion has been invested in the Ethereum scaling solution project Arbitrum. Why? Because of the increased interest in NYAN, a meme token based on the viral internet sensation Nyan cat. That’s right, a pixelated rainbow-hued cat.

Arbitrum is a project that aims to reduce Ethereum congestion and transaction fees. Arbitrum, which was launched on August 31 and uses technology known as “optimistic rollups” to help Ethereum-based projects run smoothly, is already being used by two major projects in the DeFi realm: lending protocol Aave and Uniswap, a decentralized exchange.

DeFi is a catch-all term for products and services that enable peer-to-peer lending, borrowing, and trading. It’s a multibillion-dollar industry. The majority of the action takes place on Ethereum, which can make it slow and expensive to use at times. Despite the fact that two major DeFi names were involved in the project, Arbitrum had previously struggled to gain users.

Don’t get confused with the NYANs

According to L2 Beat data, a $2.2 billion fortune is now flowing through it because people want to farm ArbiNYAN, or NYAN, an ERC-20 token. NYAN is a meme token—a cryptocurrency based on an internet meme—not to be confused with NYAN V2 and NYAN Finance, which are also meme tokens.

The meme was created in secret last week by an anonymous developer known as arbinyan in an attempt to convince people to invest in Arbitrum. On September 8, he pitched the idea in a few tweets: lock-up tokens and Arbitrum will pay rewards based on how much is put into the protocol.

A smashing success for Arbitrum

And it’s been a smashing success: according to DeFi Llama, $1.44 billion in NYAN tokens have been pumped into the project since September 8. It is unclear how many people have invested the $1.44 billion, but the community has 2,400 members on its Discord server.

According to DeFi metrics website, Defined, the price of NYAN fell over the weekend, falling from a high of $7.76 yesterday to $1.03 today. However, funds continue to flow into the Arbitrum project in the form of the token. Currently, NYAN accounts for 72 percent of the Arbitrum funds.

“It exceeded my wildest expectations—people like farming meme tokens,” said the anonymous creator of NYAN to Decrypt. “To be honest, the main goal was to pump Arbitrum and ETH by proxy, as there is no other scaling strategy other than rollups.”

NYAN’s promise of 6,000 percent returns appears to have been successful. Meme tokens, such as NYAN, frequently have a yield farming component, which means investors can lock them up and earn rewards—exactly what NYAN promises. However, the price of these types of tokens frequently skyrockets in a short period of time, only to crash and be forgotten until the next one comes along.

This is exactly the type of volatility that may turn off more risk-averse investors. Other reasons for concern include the possibility of being outright scammed, given that many of these tokens and projects are launched by teams of anonymous developers. A “rug pull” is a common DeFi scam in which investors are asked to put a lot of crypto into a project, then the founder—often anonymous—runs away with all the money.

Imagine spending $3M on a pixelated cat that looks like it was created by a six year old only to be told it wasn’t real.

Regardless of the risks associated with investing in DeFi meme tokens, the money pouring into Arbitrum demonstrates that there is a strong demand for them. Stay tuned!

If you enjoyed this article you might also like: Paint by Numbers: Algorithmic NFT Art is Breaking Records